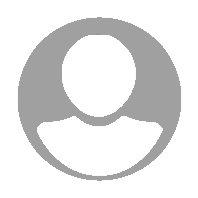 Educated at Leeds College of Art, United Kingdom, Vivian is currently a senior lecturer in film at the University of South Wales in Newport, in their Faculty of Creative Industries.

Vivian an award winning cinematographer, director and editor, for twenty years a respected worker in the American film industry, honoured in all areas of his abilities with awards including the New York International Film Festival Gold Medal and ten times a finalist and the winner of a Clio statuette, America’s top award for TV commercial production. He owned and operated a film production company in Chicago for twenty successful years called Black Swan Inc, being responsible for all aspects of production and post-production, as well as being the principal film director. His company produced hundreds of national, regional and local commercials for most of the largest advertising agencies in America and many of the leading corporations, businesses and institutions. Vivian’s work is renowned for award winning tourism commercials for the states of Illinois, Wisconsin, Utah, and Arizona and for the direction of zany comedy commercials for the Milwaukee Journal newspaper.

On returning to Britain Vivian developed Broadstroke Productions Ltd. and functioned as the producer and director of this company, working for clients in the TV entertainment, TV commercial and corporate markets. This company has produced, through post-production, TV commercials for many companies and institutions, amongst these are The Welsh Assembly Government, the NHS and Dwr Cymru. It has produced a half-hour comedy film for the Sgrin – S4C endeavour, “Big Little Pictures” Produced the special effects for a six part TV series for S4C as well as many TV commercials and corporate films for major companies in Wales and England. Vivian was the director of photography on two low budget feature films shot in Wales “The Gate Keeper” for producer Daren Ripley at Two Bit Films and “High Stakes” for producer Dewi Griffiths at Garland Stone Productions. During this time at Broadstroke Vivian worked part time as a lecturer at The University Of Wales Newport Film School, and he was instrumental, along with other members of staff in establishing the “Working With Actors” initiative on projects combining the departments of Film and Performing Arts. I was a module leader on several MA and BA modules.

Vivian is a part time lecturer at The University of South Wales, Media Production course. Delivering several modules focused on camera, lighting, sound recording, directing and editing; the visual telling of stories, both dramatic and documentary. Also in acquiring and supervising projects for our students from external clients in the media industry.