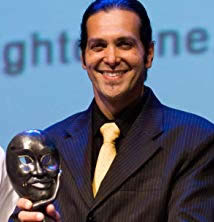 Restino started his career as a photographer for magazines, in parallel with an acting career in theatre and as choreographer for theatre and TV commercials. He created the Tango puzzle method for actors.

He also worked in publicity for many years, has directed plays and has written five books.

As well as this Restino had his own advertisement agency and acting agency in Brazil for six years. As a sociologist, he was invited to work for the environmental organization Projeto Planeta Verde in São Paulo and became their director of communication for 13 years.

In 2008, in UK, Restino produced, directed and did the cinematography for Red Letter which became the first short film from Brighton Film Studios to be chosen by the British Society of Cinematographers to be premiered at the Pinewood Studios New Cinematographers Night in 2008.

He did the cinematography of the feature Scandalous Four in 2009, and it was awarded in 2011 at British Independent Film Festival and in California International Film Festival.